Home Specials Stories With KSRTC You raise diesel price, they cut bus service, then who will marry...

Gavi is inside the Periyar Tiger Reserve in Kerala. It is hardly a settlement — two eco-tourism centre buildings and housing for a few workers. The forest department guards the narrow, winding road entering the reserve, thus vehicles need permission to pass through.

The Kerala State Road Transport Corporation (KSRTC) runs two return bus services through this part of the park. One service is early in the morning and the other in the afternoon. These services are the only means of transport for the communities that live in isolated settlements inside the reserve. Each bus service is an ‘ordinary’ one, meaning that it does not skip any stop, and thereby its importance is immense for them. 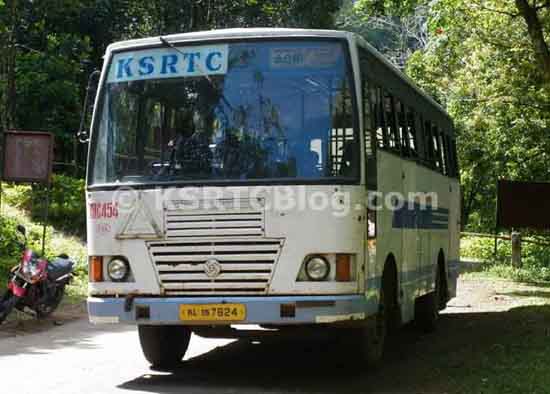 Gavi is located more than 1,000 metres above the sea level on the Western Ghats. Many hilltops look bald but are covered with grass. In the mountain folds the thick shola evergreen forests grow with trees that have impenetrable canopies and gnarled branches. Standing inside the protected reserve, the forests and grasslands are well preserved in Gavi. The streams draining the hill folds beneath the shola canopy flow throughout the year, though in summer they reduce to slightly more than a trickle.

When we visited Gavi recently, Thomas (name changed) was the forest department guide who took us into the forest. He grew up in a settlement inside the reserve, also serviced by the ordinary bus that passes through Gavi.

Thomas told tall tales. Like most forest guides it was difficult to know where fact ended and fiction began, or vice versa, when he spoke. Though couched in humour, there was down-to-earth reality and pathos in Thomas’s stories. For instance, his brother’s wife had chest pain at night and they drove in a borrowed jeep to the nearest town for medical attention. While returning at night there was a herd of elephants obstructing the road. His sister-in-law vowed that she would never report her illness till daybreak in the future. We chuckled at this quip as we applied salt to remove the leeches from our socks and shoes.

As a post-script to this story, Thomas wondered how his fiancée would react to a situation like this. He was engaged to marry this girl from the plains in a few months’ time.

Borrowing or hiring a jeep was an indulgence for Thomas and his family and the KSRTC bus meets almost all their transportation needs as it passes his village. The alternative is to walk through the sholas and over the grass-coated ridges.

However, this KSRTC service could be among the hundreds of routes that the corporation could cut if the public sector oil companies continue to charge the deregulated diesel price for it as a bulk purchaser. In mid-January, the Central Government partially deregulated diesel prices, thereby making the corporation pay far more than retail customers. In the beginning of March, while the retail price for diesel was Rs. 50.30 a litre in Thiruvananthapuram, the KSRTC had to pay Rs 63.69 a litre.

“The corporation will die a natural death if the diesel price crisis continues,” stated the State Transport Minister, Aryadan Mohammad, in the Legislative Assembly in early February. “With the lifting of diesel subsidy, the corporation incurred an additional loss of Rs 16.5 crore per month. With this, the total loss incurred by the KSRTC in a month had become Rs 91.5 crore and the annual loss Rs 1,098 crore.”

The transport corporation won a temporary reprieve on March 21, when the Kerala High Court ordered the public sector oil companies to withhold charging the higher rate for diesel till its petition is disposed of. However, the sword of Damocles still hangs over many KSRTC services.

In the hilly terrain of Idukki and Pathanamthitta districts, KSRTC buses are the lifelines for the communities. This is especially so for the not-so-profitable routes going into forested tracks. There are no rail tracks servicing the plateau region of these districts. The spice-rich region of the State depends only on the road network.

The Periyar Tiger Reserve is a fairly large forested tract. One of the 43 tiger reserves in the country and one among two in Kerala, the reserve spreads up to 925 sq. km. It is home to the tiger, elephant, gaur, sambar, leopard, wild dog, barking deer, the lion-tailed macaque, nilgiri langur and nilgiri tahr. Private vehicles are not encouraged to enter the reserve. Every morning a specific number of jeeps with tourists are allowed in. Rightly so, since more vehicles would mean more stress on the fragile balance of relationship between man, trees and wildlife in the forests. The ordinary KSRTC bus service transports many with minimum adverse impact on the ecosystem.

However, when KSRTC managers in Thiruvananthapuram rationalise bus services, this marginal route could be the earliest to be dropped. There is unlikely to be much political pressure against the move. The communities serviced by the route are unlikely to leverage much political support in the otherwise bandh-prone Kerala.

The economists in New Delhi who removed the subsidy on the diesel price may not know the adverse impact of their action on the communities living along the road to Gavi.

For them removing the subsidy on diesel was one way to overcome the national fiscal deficit, and the easiest captive target were the bulk buyers such as the railways and the State transport corporations. For the communities in the forest serviced by the bus route, cancellation might mean severing their only reliable contact with the outside world. The girl from the plains may refuse to marry Thomas, after all.

(The writer is an environment journalist and communicator. Email: [email protected]) The Hindu 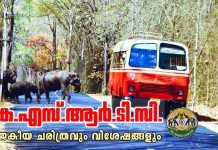 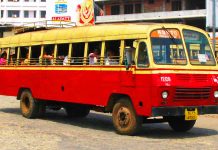 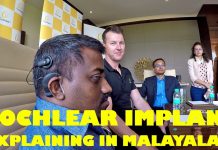 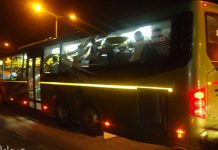