Perfumes and Deodorants contain alcohol and are flammable objects. A new video is out illustrating the use of deodorants in fuelling a Honda Activa. A Youtube channel Indian Hacker used Honda Activa in their tests of different fuels.

The more fuel goes in the intake, the engine makes more rev. The video clearly shows there is an absence of throttle connection. If you open the throttle, more fuel and air enter the engine thus giving a higher rev to the engine.

The second attempt was about LPG which failed miserably as the engine didn’t start. It could be attributed to the lack of an efficient delivery system. Youtuber tried diesel fuel but the engine didn’t respond at all.

The fourth attempt is what we are most interested in as it involves the use of Axe perfume. Sound of the Activa engine up and running was heard in the video. Axe perfume usage is directly professional to the rev engine generated.

The final attempt, he went bolder by using IsoPropyl which is 99% lab grade pure alcohol. The engine ran smoothly with the addition of IsoPropyl.

Youtube channel wanted to take this further by developing a funnel and pipe system. He used the delivery mechanism to pour Axe Fuel containing more than 80 percent alcohol in the engine.

The Youtubers took the Honda Active fuelled by Axe Deodorant out for a spin. One downside is that the regular use of deodorant could affect the engine health as the Activa engine is suitable for petrol only.

This isn’t the first time someone has tried to run a vehicle on alcohol and this won’t be the last. Alcohol and deodorants with a high alcohol percentage are highly flammable. They can catch fire in a flash and anyone attempting to replicate the experiment should be careful while doing it. 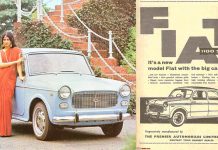 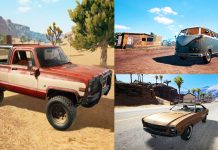 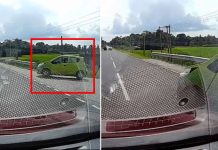 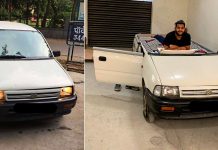