In Bangkok, the capital, an ultramodern cityscape rises next to quiet canalside communities and the iconic temples of Wat Arun, Wat Pho and the Emerald Buddha Temple (Wat Phra Kaew). Nearby beach resorts include bustling Pattaya and fashionable Hua Hin.

The people of Thailand are known for their cordial reception and the loveliest hosts to their guests. Deeply religious and cultured, the people of Thailand are great hosts to their guests. Nevertheless, there are some things that one take care of while visiting this lovely country. To help tourists, the Tourist Authority of Thailand published a booklet including the Do’s and Don’ts one must take care of while in Thailand. Some of them are :

• The Public display of affection is a complete no in Thailand. Although you can holding hands and walking around is not frowned as long as it is done within the limits of the moral police.

• There might be some beaches in other parts of the world where you may find topless beaches, but it is inappropriate in Thailand.

• The head is considered as the highest parts of the body. As a result, touching someone on the head or passing something over someone’s head is seen as inappropriate, even if it is done as a friendly gesture.

• Pointing towards someone with your foot is considered rude in Thailand. So, don’t try to practice that even though you might not wish to disrespect someone.

• The women in Thailand are forbidden from touching the monks, or to directly offer anything to them. If a woman wish to offer anything to a monk, she must hand it to a man first, who can then present it to the monk. In case the woman wants to present the alms or present to the monk with her own hands, the monk will spread out a saffron robe and the will the gift on the robe.

• Before entering a Buddhist temple make sure to take off your shoes or slippers. Also dressing appropriately is something you should take into consideration. There are also signboards outside the temples regarding the dressing guide.

• The people of Thailand respect the Royals, and thus the visitors are also expected to show some respect to the Royal Family. 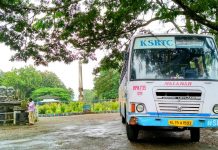 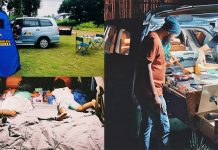