Malayalam actress Mithra Kuian allegedly assaulted a KSRTC driver and a traffic control inspector on Sunday. A complaint was filed against the Bodygaurd (Dileep Movie) actress following the incident which took place at Perumbavoor bus stand at 4.30 pm. The actress was accused of physically attacking the complainants after trespassing into the bus station. 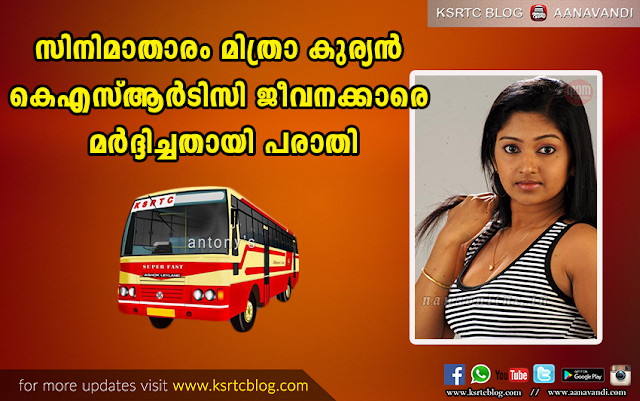 According to the complaint filed by KSRTC authorities, Mithra attacked the KSRTC staff claiming a bus from Thiruvambadi depot bound to Erattupetta scratched her car. She allegedly followed the bus to the Perumbavoor station after the incident and assaulted its driver A. Ramdas and traffic control inspector A.A. Vijayan, who tried to intervene.

Both Ramdas and Vijayan sought treatment after the incident. KSRTC authorities blamed Mithra for trespassing with her car to the bus station, where the entry of private vehicles are not allowed, and showering abuse on the staff after stopping near the petrol pump.

Meanwhile, another complaint was filed by the actor claiming that the bus sped away without stopping after hitting her car. The police said they have launched an investigation on the basis of both the complaints.