What is the 5-digit Train Number in Indian Railways?

Very few of us know about the train number with 5 digits. Please read the full explanation to understand this clearly.

WHAT DOES EACH DIGIT IN 5 DIGIT TRAIN NUMBER MEAN ?

Here the meaning of digits is as following

IV and V digit: 38 Random numbers for all types of trains which makes the 5-digit train number as unique

Now let’s see in detail the meaning of these 5 digits:

The first digit of the 5 digit train number indicates the type of the Passenger trains:

0 – for special trains (e.g., summer specials, holiday specials, etc.)
1 – for all long-distance trains, including the Rajdhani, Shatabdi, Sampark Kranti, Garib Rath, Duronto, etc.
2 – for long-distance trains; it is to be used when train numbers starting with 1 are exhausted in any series.
3 – for Kolkata local trains.
4 – for local trains in Chennai, New Delhi, Secunderabad, and other metro cities
5 – for passenger trains with Conventional coaches.
6 – for MEMU trains.means pure electric engine train
7 – for DMU (DEMU) : Electric and diesel engine train
8 – for currently reserved.
9 – for Mumbai local trains.

For Kolkata suburban trains starting with digit ‘3’, there are two sets of numbers, depending on the zone that operates the services.

For suburban trains other than in Mumbai and Kolkata, the following conventions apply.

The second digit shall be Two(2).

Mumbai suburban trains use the following system. Up and down directions are generally reflected in the use of odd and even numbers, respectively.

If the first digit is 0, 1, 2: third digit indicates railway zone

Random numbers for all types of trains which makes the 5-digit train number as unique. But for Delhi Suburban Railway train with a number 4NXPX, the fourth digit P indicates the following.

Hope, the information is clear to you all. Be updated and have a safe journey. 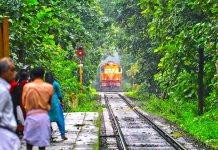 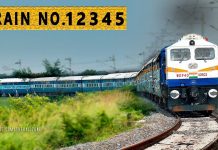 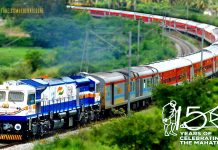 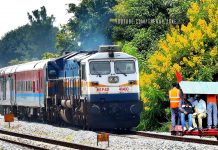 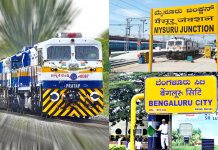 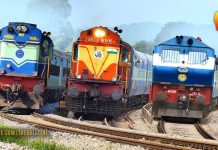