Saudia Flight 163 was a scheduled Saudia passenger flight that caught fire after takeoff from Riyadh International Airport (now the Riyadh Air Base) en route to Jeddah, Saudi Arabia on 19 August 1980. All 287 passengers and 14 crew on board the Lockheed L-1011-200 TriStar died from smoke inhalation after the aircraft made a successful emergency landing at Riyadh.

Mystery Behind Saudia Flight 163 – Watch the Video in Malayalam

The flight arrived in Riyadh at 19:06 Saudi time (16:06 UTC). There was a two-hour layover for refueling. During the layover several of the passengers disembarked. After refueling, the flight took off at 21:08 (18:08 UTC) bound for Jeddah.

Almost seven minutes into the flight the crew received warnings of smoke from the cargo compartment. The next four minutes were spent by the crew trying to confirm the warnings, after which Flight Engineer Bradley Curtis went back into the cabin to confirm the presence of smoke. Captain Mohammed Ali Khowyter decided to return to the airport, and First Officer Sami Abdullah M. Hasanain radioed their intentions at 21:20 (18:20 UTC). At 21:25 (18:25 UTC), the thrust lever for the number two engine (the center engine) became jammed as the fire burned through the operating cable. Then, at 21:29 (18:29 UTC), the engine was shut down during final approach. 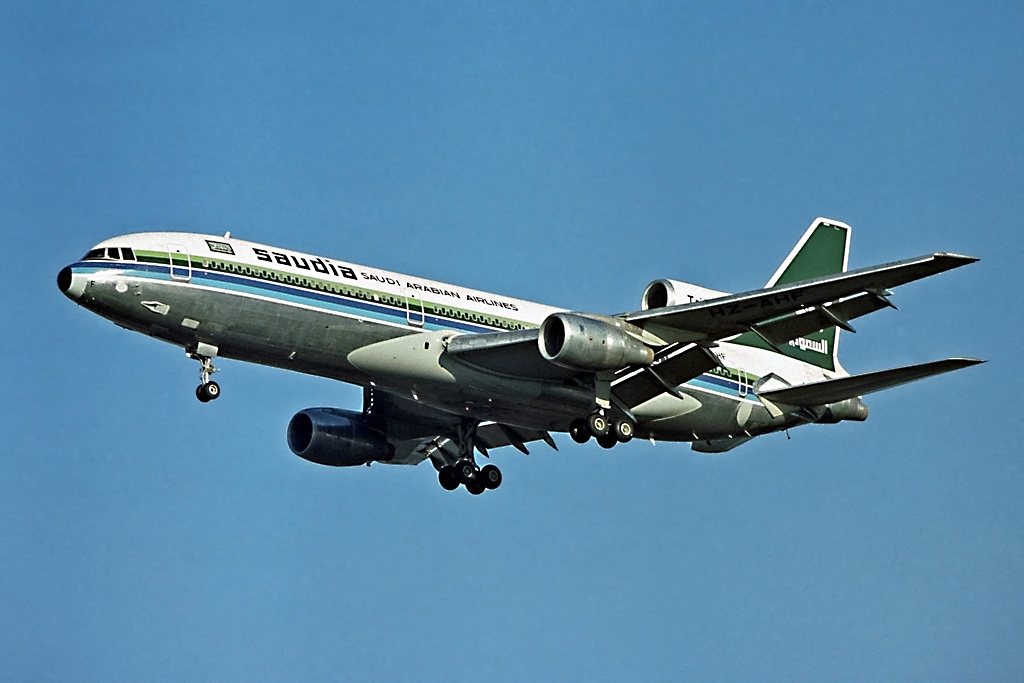 The airport fire rescue equipment was stationed back on the landing section of the runway, with emergency personnel expecting an emergency stop and evacuation. This meant they had to rush after the aircraft, which had used the entire length of a 13,000 feet (4,000 m) runway to slow and then exit onto the taxiway. The airplane stopped facing in the opposite direction from landing. 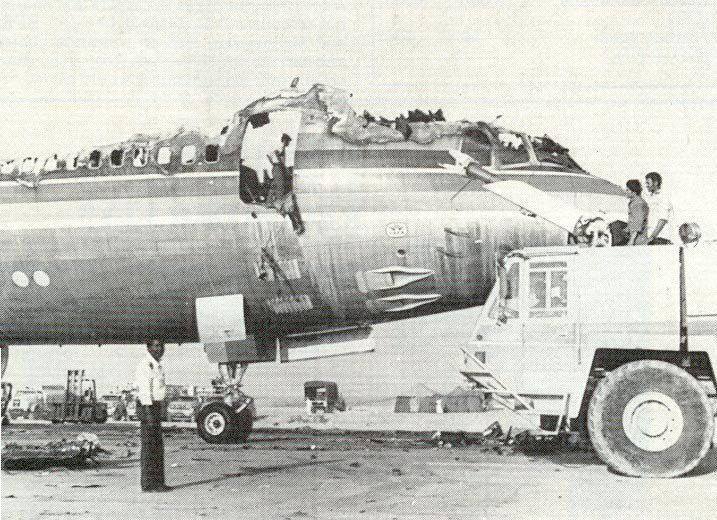 Once the aircraft had stopped, the crew reported that they were shutting down the engines and about to evacuate. On arrival at the aircraft soon after, however, the rescue personnel found that the two wing-mounted engines were still running, preventing them from opening the doors.

These were finally shut down at 21:42 (18:42 UTC), three minutes and 15 seconds after the aircraft came to a stop, at which point communication with the crew was lost. No external fire was visible at this time, but flames were observed through the windows at the rear of the aircraft.

Twenty-three minutes after engine shutdown, at 22:05 (19:05 UTC), the R2 door (second door on the right side) was opened by ground personnel. Three minutes later, the aircraft burst into flames, and was consumed by fire.

Why Captain Khowyter failed to evacuate the aircraft promptly is not known. Saudi reports stated that the crew could not get the plug-type doors to open in time. It is assumed that most passengers and flight attendants were incapacitated during the landing roll, or they did not attempt to open a door on a moving aircraft. It is known that the aircraft remained pressurized during the landing roll as the cabin pressurization system was on standby, and the aircraft was found with both pressurization hatches almost completely closed. 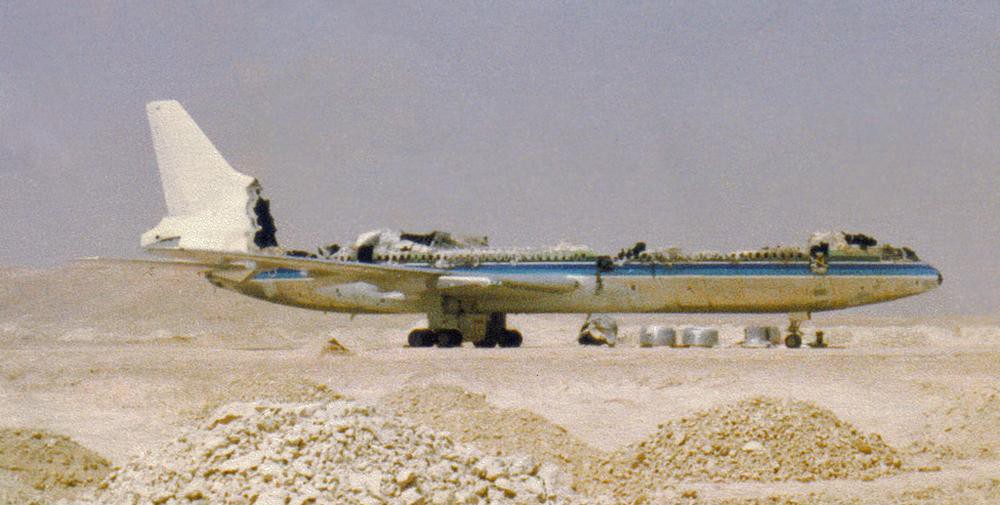 The pressurization hatches should have opened completely on touchdown to depressurize the aircraft. The crew were found still in their seats, and all the victims were found in the forward half of the fuselage. Autopsies were conducted on some of the non-Saudi nationals, including the American flight engineer. All of them perished from smoke inhalation and not burns, which indicated that they had died long before the R2 door was opened. The source of the fire in compartment C3 could not be determined. 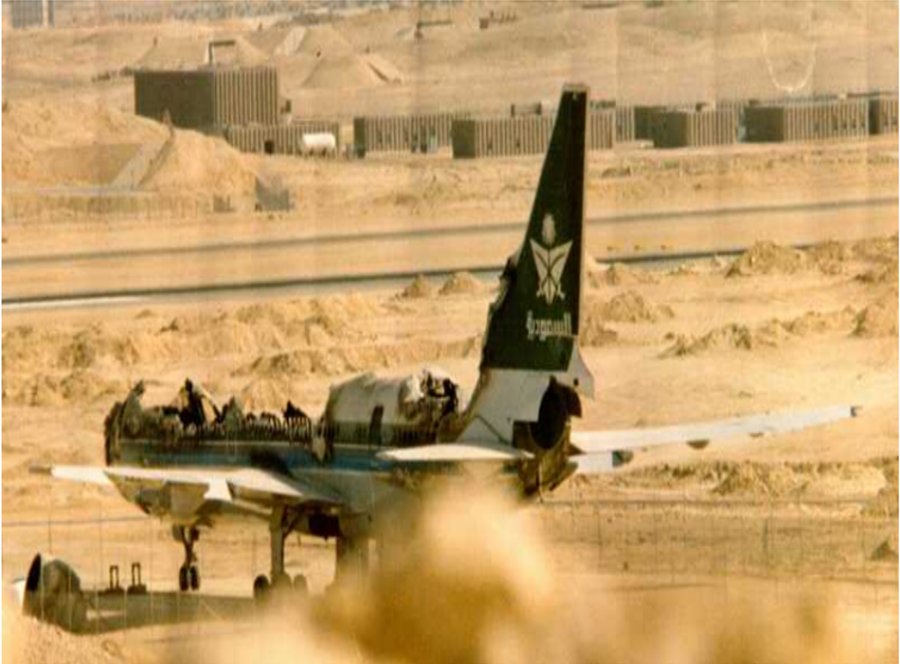 The aircraft involved in the accident was a Lockheed L-1011 TriStar (Registered in Saudi Arabia as HZ-AHK). It made its first flight on 13 July 1979, and was delivered to Saudia on 21 August 1979.

After the event, the airline revised its training and emergency procedures. Lockheed also removed the insulation from above the rear cargo area, and added glass laminate structural reinforcement. The National Transportation Safety Board recommended that aircraft use halomethane extinguishers instead of traditional hand-held fire extinguishers.