Anti-lock Braking System popularly known as ABS has been made mandatory on all the two-wheelers that are powered by 125cc and above engines. However, there are many who do not believe in ABS and how they can save lives.

Indian roads are one of the most unpredictable roads in the world and numerous fatal accidents happen on roads every day. Most of these accidents involve two-wheeler riders. Superbikes, that are much more powerful than the regular motorcycles and offer quick acceleration.

There have a more than one instance where the superbikers have been saved by ABS and here are four examples.

Here is a video from the mountain roads where Dr Paritosh, the owner of the Kawasaki Ninja ZX10R is riding just behind a Triumph at high speed. However, both the bikers can be seen maintaining their lane discipline and they do not go into the opposite lane. The video recorded from the Kawasaki Ninja ZX10R’r rider’s helmet shows that a speeding bus entering the wrong lane in the blind corner and the Triumph rider reacting just in time to save the day. The ABS worked quite well here to slow down the bikers in time and allowed them to use the full potential of the brakes.

This mid-size sports touring bike rider can be seen riding on the relatively empty roads at night. The video shows that the rider is maintaining good speeds of around 70-80 km/h on the roads and sticking to the right-most lane. The video taken from the helmet-mounted camera of the rider shows that a Mahindra Bolero suddenly enters the lane to take a U-Turn without stopping for the bike. The video shows the braking prowess of the CBR and how ABS allows him to slow down just in time.

This is another video that shows how important ABS can be to save lives. The video from the helmet-mounted camera of the rider shows him speeding through the narrow, undivided roads. It seems like village roads where a lot of domesticated livestock can be seen on the public roads. The rider speeds through the narrow lane at a speed of 80-90 km/h when suddenly he spots a group of chickens and applies the brake. In the panic braking situation, the bike comes to a full stop without any skidding or throwing the rider off the bike because of the ABS. Without ABS, it could have turned into a massive accident.

This is another video by Dr Paritosh, where he can be seen riding through the hills. On a blind corner, the rider spots a parked Jeep Compass suddenly and applies the brakes to slow down and avoid the SUV. The rider had to go to the wrong side of the road to avoid the parked vehicle and luckily there was no other vehicle coming from the other side. It could have been a massive disaster, which got saved by ABS. 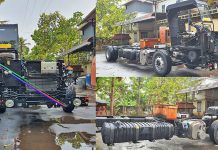 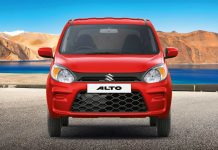