We know that, at least at first glance, many markets in Thailand look the same. But one that definitely stands out is the Maeklong Railway Market. Why? Because it has a train running through the middle of it several times a day. Right down the middle and close enough to touch. Only in Thailand!

This market has everything that we’ve come to know and love in Thai markets. Its stalls have displays of fruits, veggies, meats, seafood, as well as sweet snacks, clothing, and flowers.

The major difference being that there are train tracks running straight down its middle!

A charming little warning bell goes off over the speaker system just a few minutes before the train comes. Within a few minutes of receiving the warning, vendors pull back their specially designed awnings before the train comes, sometimes only moments before. That’s why the market is locally known as the Talat Rom Hoop (ตลาดร่มหุบ) which translates into “Market Umbrella Close.”

The train’s fog horn announces its arrival just before it rounds the bend. Now that’s a sound you can’t ignore.

The coolest thing about this market is that it adjusts itself and perfectly encapsulates the train as it rolls through. The awnings are pulled back only as far as necessary. The baskets of fruits and vegetables are shifted just enough as to not be sliced by the metal wheels.

The train passes by with about a foot to spare, both beneath and to the sides of the carts. Visitors and vendors stand daringly close. At least, closer than to any moving train, metro, or subway we’ve even been around.

Once the train passed, the vendors immediately, and quite nonchalantly we might add, put the awnings back into their original places. Everyone went back to normal as if nothing extraordinary had ever happened and it’s hard to believe that tons of metal just rumbled its way through.

Whether you’re capturing videos or photos, or dare we say taking selfies, here are a few things to keep in mind to best prepare for your visit:

And while it seems as though the train used to pass through the market eight times a day for decades, a more recent schedule shows that it’s been reduced to six times per day. The train goes from the Ban Laem Station to the Maeklong Station (just down the tracks from the market) three times and in the return direction three times. These are the times the train is scheduled to pass through the market. This is, of course, give or take a few minutes for delays.

The Maeklong Railway Market (ตลาดแม่กลอง) is about 60 kilometers away from Bangkok. It’s roughly a 1.5-hour drive past the Motorway 9 (Kanchanaphisek) Toll Road, which is the outer ring highway running around the outskirts of the city. If You Want to Ride the Train

For a completely different perspective, you can ride the train through the Maeklong Railway Market. Afterward, get off, and watch the train leave through the market as you stand on the sidelines, and then catch a train back to Bangkok later that day.

Your best option is to catch the train departing from the Wongwian Yai Station in Bangkok at 6:45am on the Maeklong Line. You’ll take a 1-hour ride to the Mahachai Station, get off, and then cross the river on a ferry from the Mahachai Pier to the Tha Chalom Pier.

Get on the 8:05am train at the Ban Laem Station and about 1 hour and 40 minutes later you will pass through the Maeklong Railway market (scheduled arrival at 9:45am.)

You can get off the train, walk into the market, and then watch from the sidelines as the 10:20am departing train (the one you were just on) rolls through. Stay a few hours, grab lunch, and then watch as the next train arrives at 1:45pm. This is the one you’ll need to board to begin your journey back to Bangkok, which departs from the Maeklong Railway Station at 2:30pm. 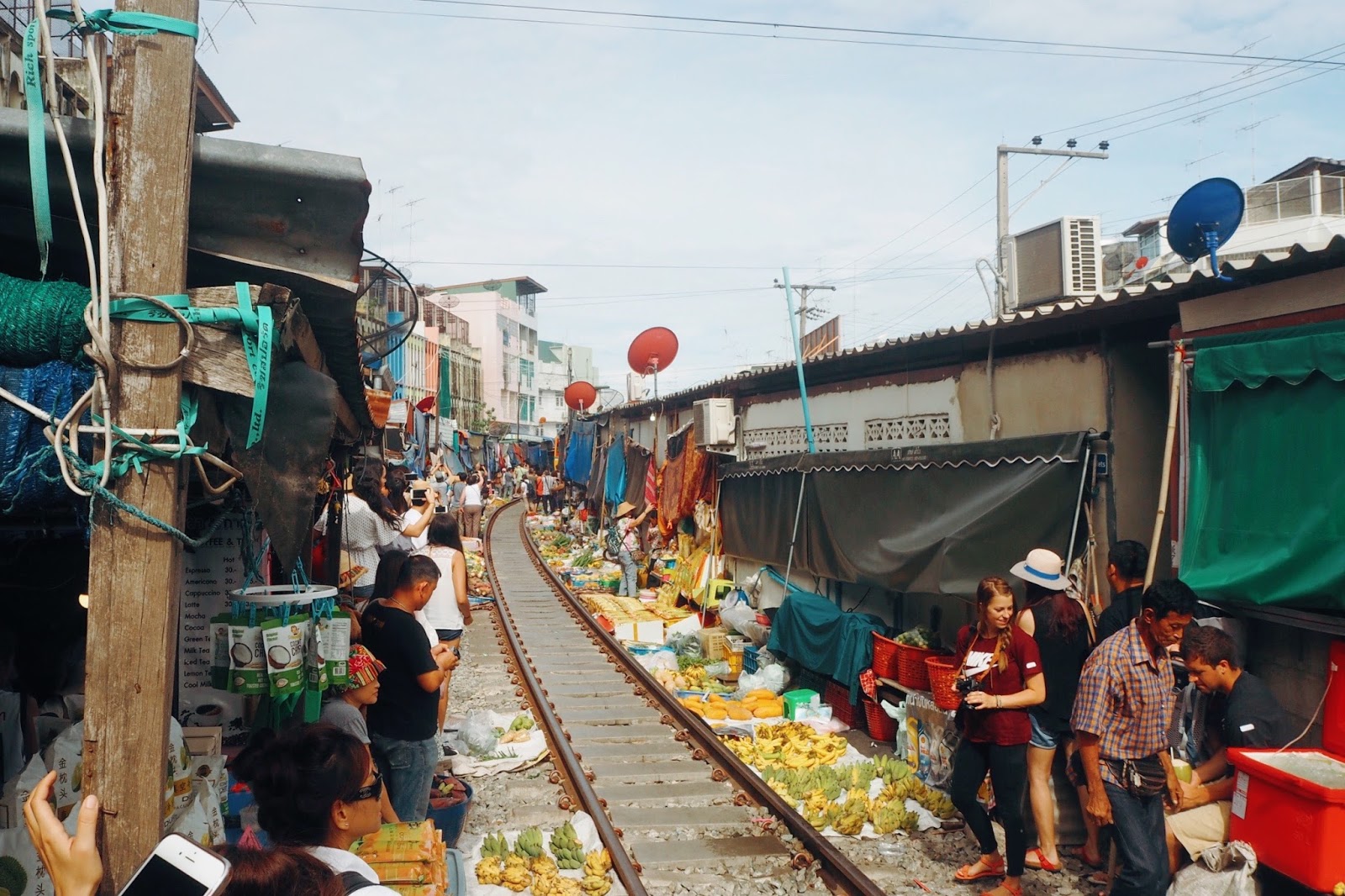 Train36.com does a great job listing details about where the Wongwiang Yai Station is in Bangkok, how to get there, the prices, and the Mae Klong Line train timetables.

This is a one-of-a-kind place to experience and particularly easy to reach since it’s close to Bangkok. Try it out if you have a day to spare and let us know about your adventure. 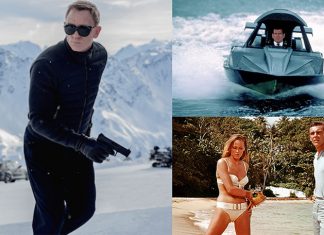