TNSTC is fully owned and operated by the Government of Tamil Nadu. It caters to all the districts within Tamil Nadu and also operates services to neighboring states of Andhra Pradesh, Karnataka, Kerala and union territory of Puduchery.

TNSTC is fully owned and operated by the Government of Tamil Nadu. TNSTC has started online booking facilities to book bus tickets between major cities served by TNSTC. It caters to all the districts within Tamil Nadu and also operates services to neighboring states of Andhra Pradesh, Karnataka, Kerala and union territory of Puduchery.

TNSTC also offers contract and tourist services. Every bus owned by the corporation displays a portrait of Tamil poet Thiruvalluvar along with a two line verse from Thirukkural inside the bus. TNSTC is the largest government bus transport corporation in India also biggest corporation in the world after bifurcation of APSRTC. A separate entity exclusively for operating long distance express services was conceived by the Government of Tamil Nadu in 1975, and the services were transferred to the newly formed express wing of Pallavan Transport Corporation with effect from 15 September 1975.

It was registered formally on 14 January 1980 and renamed as Thiruvalluvar Transport Corporation (TTC) in honor of the Tamil poet Thiruvalluvar.

During the 1990s, JJTC was formed, which operated interstate routes of the erstwhile TTC. JJTC was then renamed as RGTC in 1996. Both TTC and RGTC were later merged into the State Express Transport Corporation (SETC) in 1997. 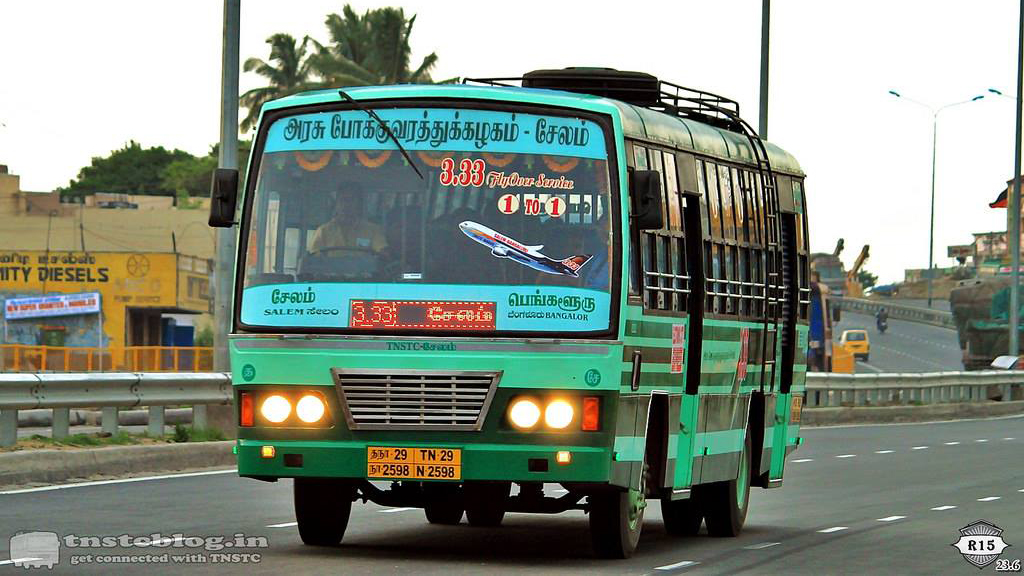 As of May 2017, the MTC had a scheduled fleet of 3688 buses and total fleet strength of 3968 buses, on a daily basis carries 6.0 million passengers to and from, which is half the population of Chennai. 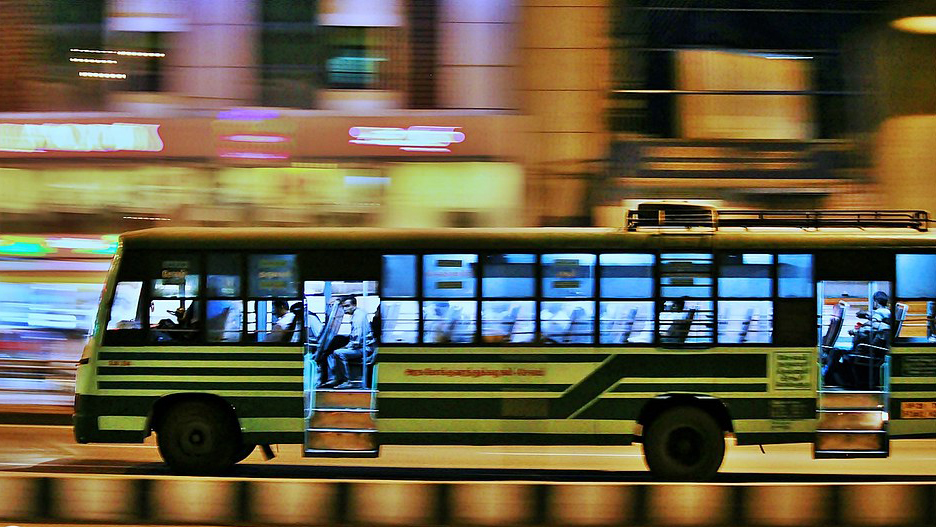 In March 22, 2016, the Union Transport Ministry reported that Chennai had the most crowded buses in the country with 1300 passengers per bus in each direction per day.

During peak hours, in some routes, a bus with capacity to accommodate 80 persons carries twice the number of people due to the extensiveness of the system. It has an operating area of 3,929 square kilometres (1,517 sq mi). MTC has a total of 830 routes with its largest terminus being Broadway in Central Chennai.