driving in the hills requires a very different style to driving on flat roads in the plains. This is because of several factors like much narrower roads, steep inclines and descents, blind curves, the presence of inexperienced ghat road users that pose a serious danger to others, and so on.

In an effort to improve awareness about proper hill-driving etiquette, we have compiled a list of things to keep in mind while driving in the ghats.

Use the handbrake as often as you need to 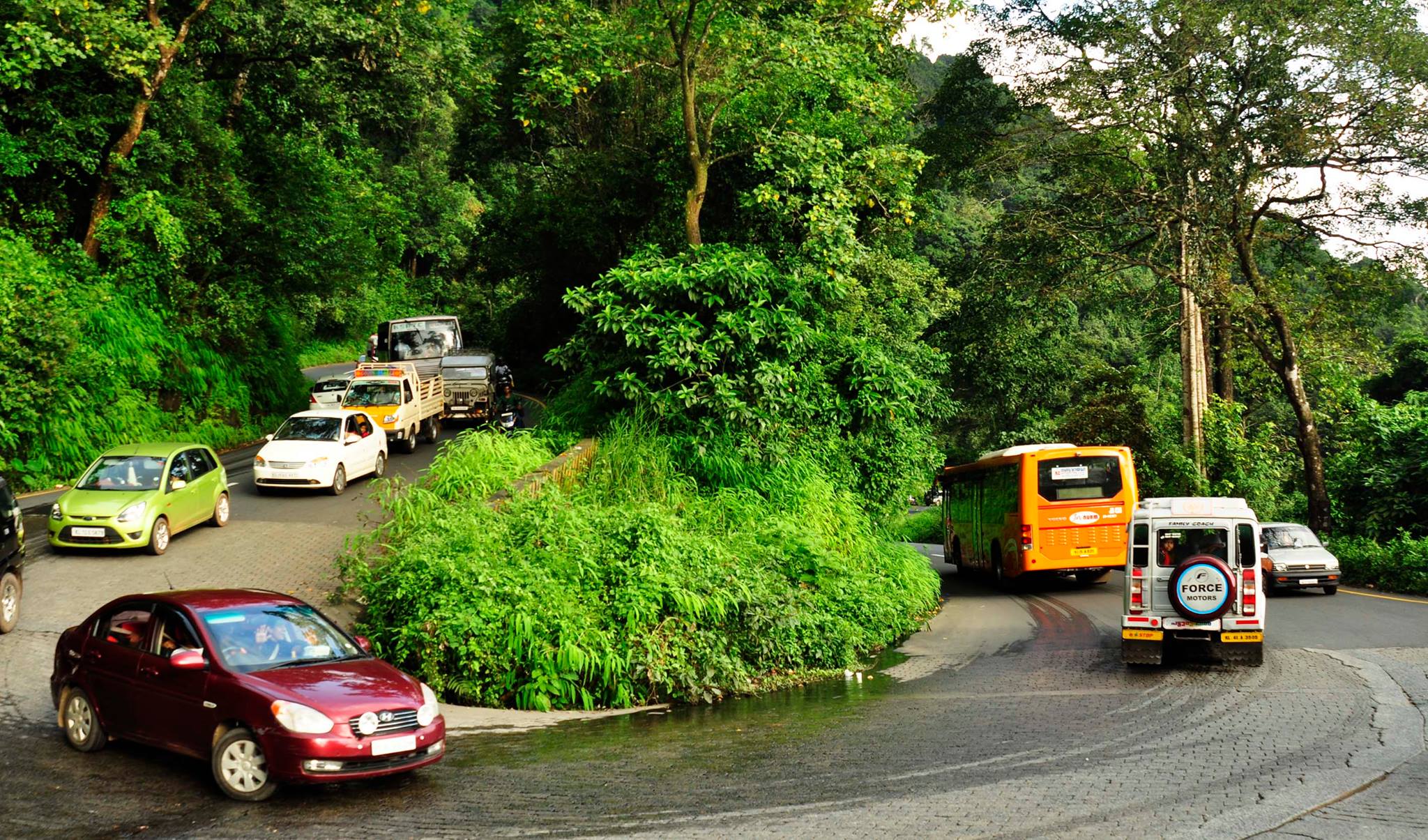 It may sound very basic, but using the handbrake on the hills becomes all the more important because one may not be used to the high levels of inclines; balancing the clutch and throttle becomes tricky. Loads of inexperienced ghat road users seem to forego this basic rule and get on the wrong side of local traffic.

In the ghats, the usage of right gears is CRITICAL

One can get away with things like driving in fifth gear at 40 km/h in the plains, but in the ghats you need to remain at least one gear higher than normal. While going downhill down a relatively mild slope, for example, try keeping the car or bike in third gear, because it gives you a little more torque and reduces the effort required by the brakes. NEVER coast in neutral because you are opening up opportunities for brake failure. For once, don’t worry about fuel economy and concern yourself with safety instead. 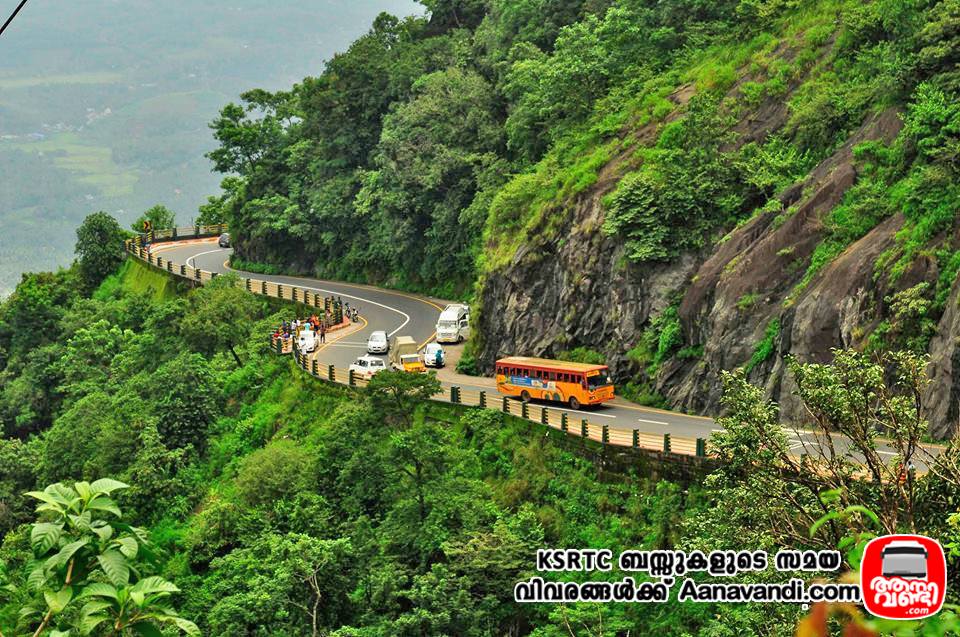 Shift down into third gear at least (preferably second in small petrol engines) for a sharp turn. This reduces the chance of you running wide around the corner. If you notice, several cars come around corners too fast, leaning heavily and run into your lane. This is because the driver is in too high a gear and struggles to maintain the right lane because of lack of torque.

Be patient while overtaking

Unlike our highways, the narrower and often blindly curving ghat roads don’t offer much view of the road ahead. So if you’re stuck behind a slow moving truck, remain there until it’s safe to overtake and you have enough room and visibility to overtake safely. Also, don’t lean on the horn after you horn initially – the truck driver or bus driver knows you’re there and will usually give you room to overtake. NEVER overtake around a blind curve because it might just be your last pass.

Use the horn around blind curves 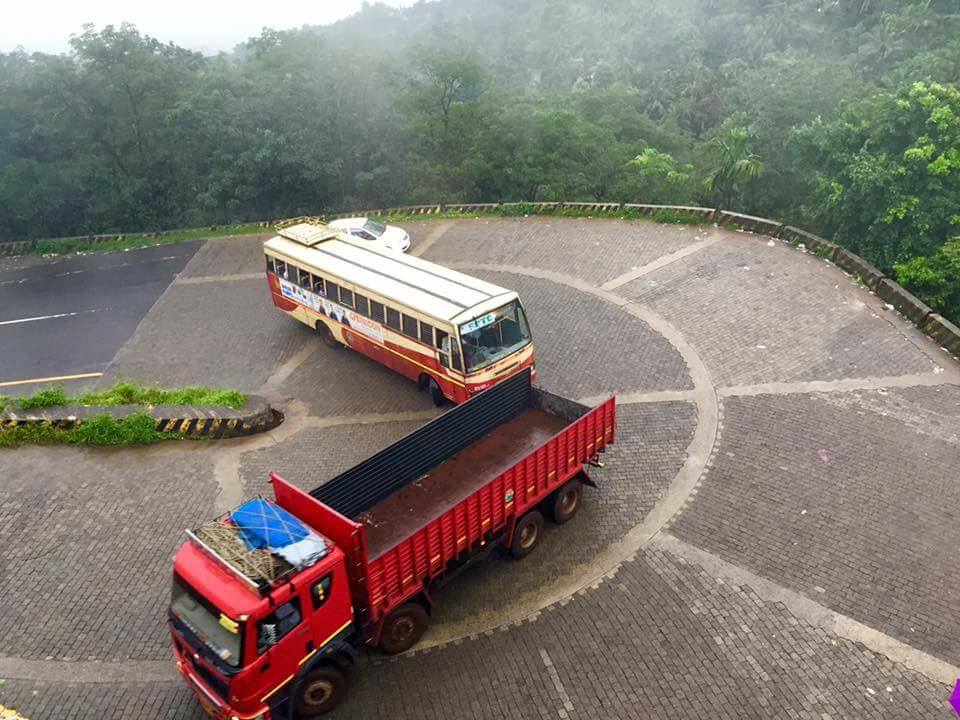 This is especially true during the day, when there is no headlight glow to warn you of oncoming traffic. Honking around a bend lets other road users know you’re there, and gives them a chance to give you room to pass safely. If you hear someone else honking, horn back and slow down.

Give way to uphill traffic

This is the golden rule for the ghats because cars, bikes and heavy vehicles especially coming uphill require a lot more effort to take off from standstill if forced to stop. Pull over and let them pass, even if it means you stopping and waiting from a distance.

Pull over in a safe spot if you want to stop 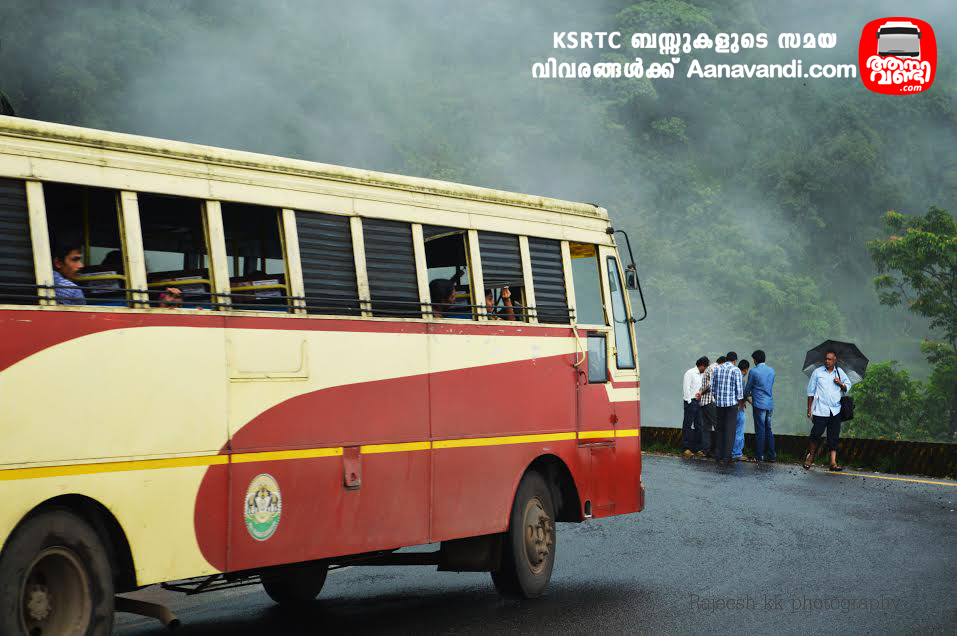 Never halt your car in a narrow section of road even for a short while, because it could hold up traffic, or worse cause a serious accident. Try and stop at a place where vehicles from both directions can see you, even it it means getting off the tarred surface on to gravel or loose stones.

Do not use ‘racing lines’ 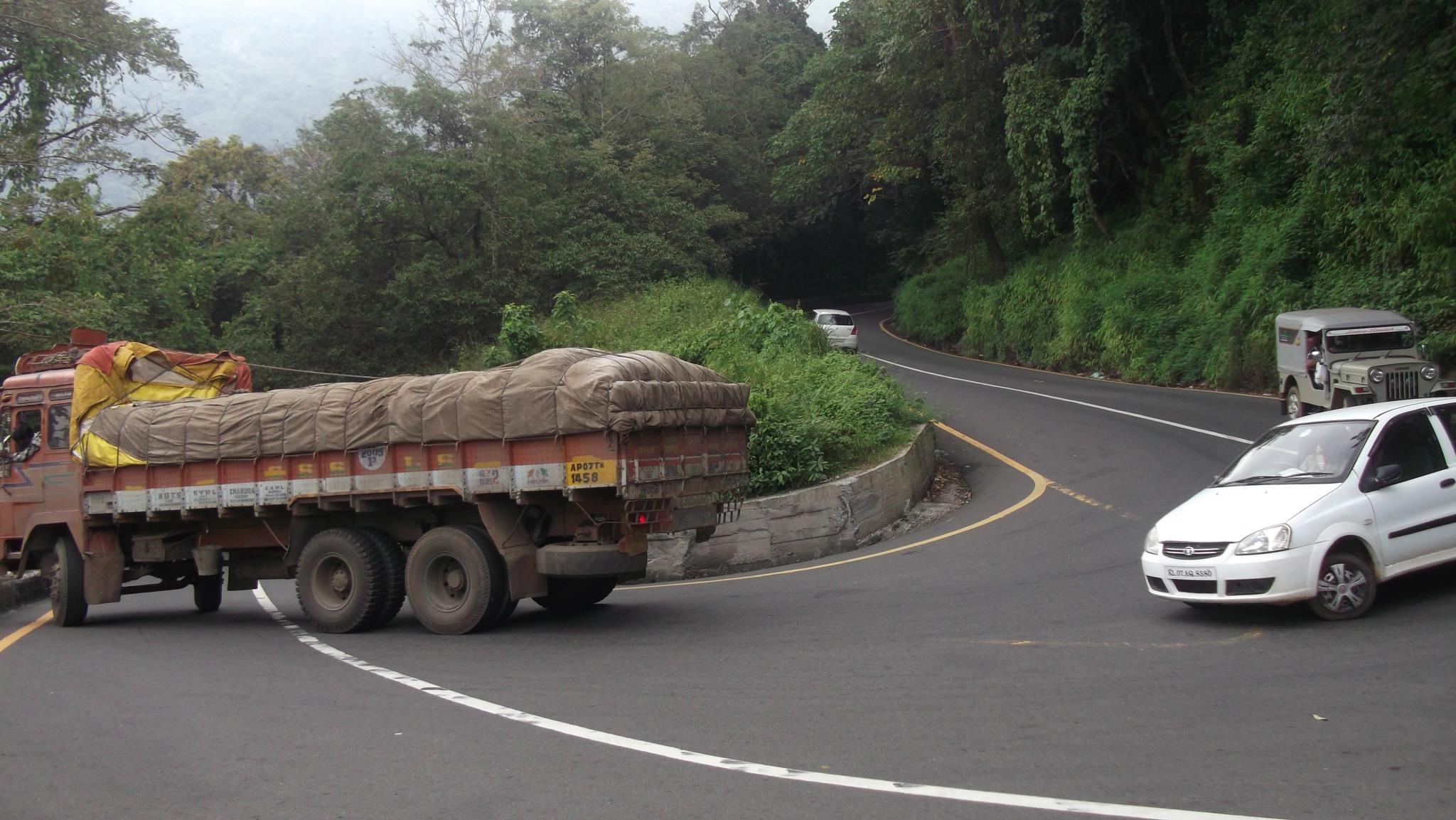 The racing line is the shortest way around a corner but is called so because it is meant to be practiced on the racetrack and not public roads. This is a mistake several drivers make – cutting lanes across the road to enter the next corner faster. ALWAYS stick to your own lane because this mistake, along with overtaking around a blind curve causes head-on collisions that kill several people every year.

Be nice on the ghat road 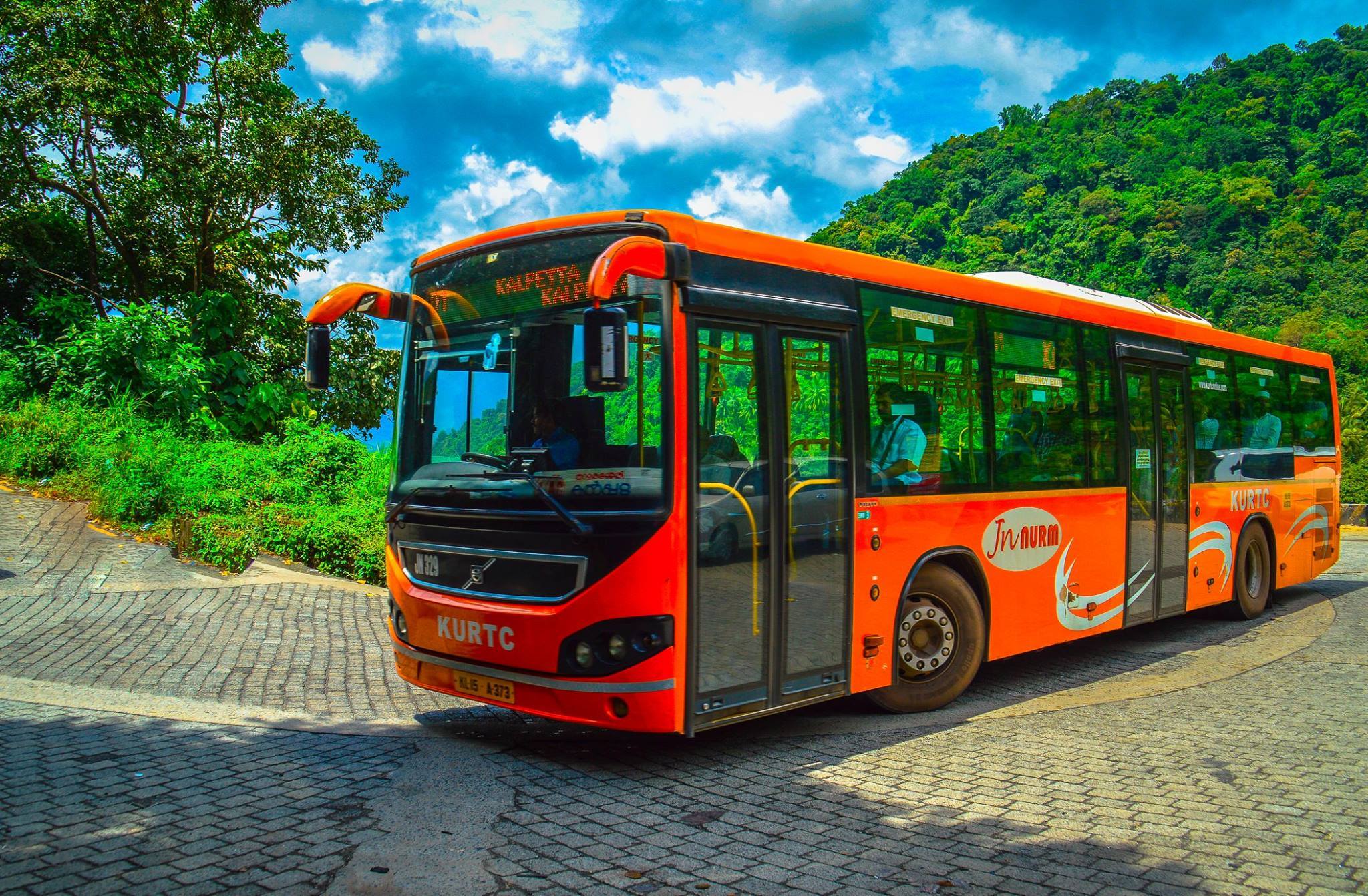 If you observe carefully, trucks and buses often quick-toot the horn at each other as they pass in the hills. This is just the drivers’ way of thanking the other for allowing them to overtake, or giving them way. There is no reason for car drivers not to do this after being allowed to overtake – bus and truck drivers appreciate this little gesture and often give you a quick toot back. Brings a smile every time.

We hope you put these hill driving techniques into practice during your next holiday in the hills. Also, do share any points you feel we have missed mentioning in our comments section. If we all drive safely in the hills, we all drive more happily. 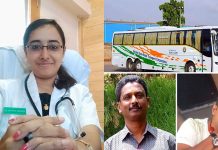 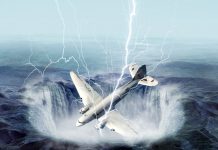 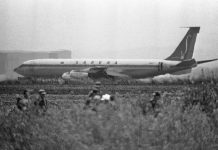