A railbus is a very lightweight type passenger rail vehicle (typically non-articulated or rigid frame) that shares many aspects of its construction with a bus, usually having a bus, or modified bus, body and having four wheels on a fixed base, instead of on bogies. These railbuses, a design developed in the 1930s, have evolved into larger dimensions, performance and characteristics similar in appearance to a light railcar, and today the terms railcar and railbus are often used interchangeably.

A Railbus bound for Madawachhiya seen leaving Anuradhapura railway station. These unit consist of two normal Layland buses in tandem. Only one engine is in operation during travel. The breaks have been modified to have air breaks for the whole set. The wheels have been replaced with flanged wheels. The video shows the drive trying to change gears and he finally succeeded. 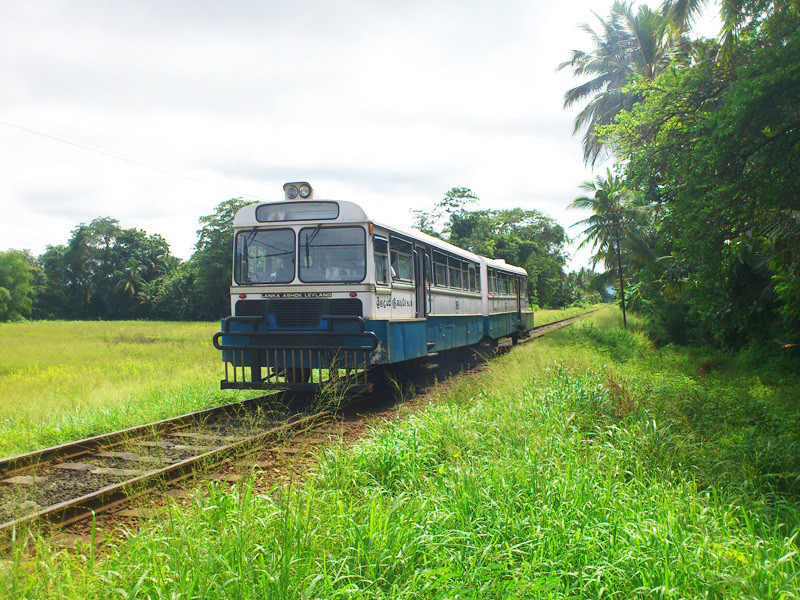 In areas without significant demand for regular commuter trains, such as in the Eastern province, railbus connects towns and cities. These buses were built by converting two buses originally built for road transport. Railbus between Batticaloa and Trincomalee allows passengers to travel between the two cities with fewer delays