While new automotive manufacturers continue to enter the Indian market bringing all-new products, discontinuation of older and obsolete cars is inevitable. The reasons for discontinuation of a car usually vary, and it could because the automaker wasn’t seeing a profit selling it, or there weren’t enough sales, or maybe they were on sale for too long and ended up becoming outdated.

Even though cars get discontinued every year, there are a few which we wish never had to be taken off the market. We put together 7 iconic cars that were once sold in the Indian market and we wish made a comeback in the near future. 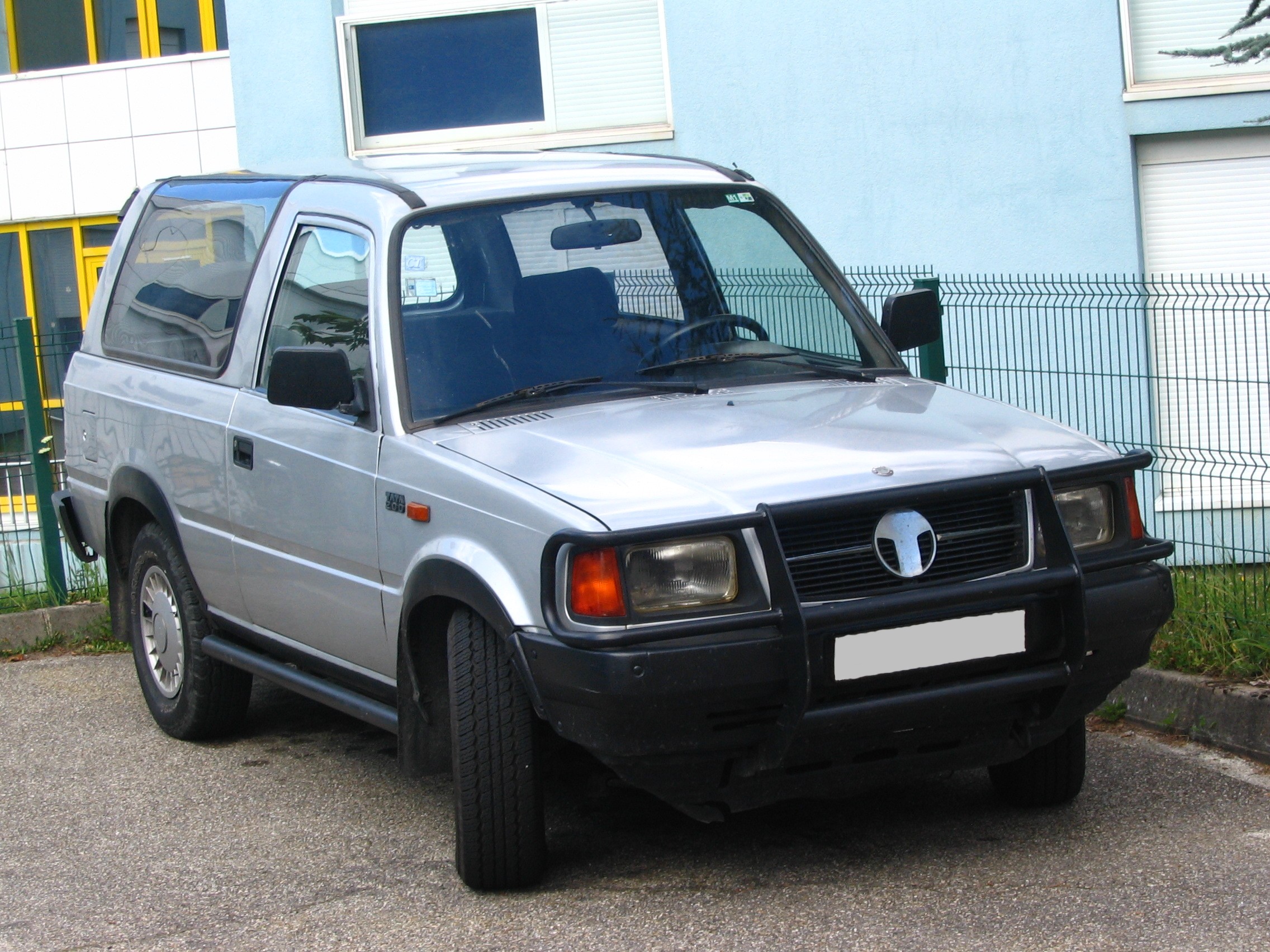 The Tata Sierra was the first SUV to be designed and produced in India itself when it was launched back in 1991. It was also the first car produced in the country with electric windows, air conditioning, an adjustable steering wheel and a tachometer.

While the three-door, four-seat SUV would be pretty impractical in today’s time, Tata Motors did showcase a five-door fully-electric concept called the ‘Sierra EV’ at the 2020 Auto Expo in February. The carmaker did not confirm the Sierra’s revival, but Pratap Bose, Vice President Global Design, Tata Motors said that if the Sierra does return, it will be offered with both petrol and diesel powertrains.

The Safari was first introduced to the Indian market by Tata Motors back in 1998, and the SUV served as a successor to the outgoing Sierra. Be it regularly updating the car to keep up with the market trends, or even the commercials, Tata had a lot of trust in the Safari, and the car surely lived up to it. 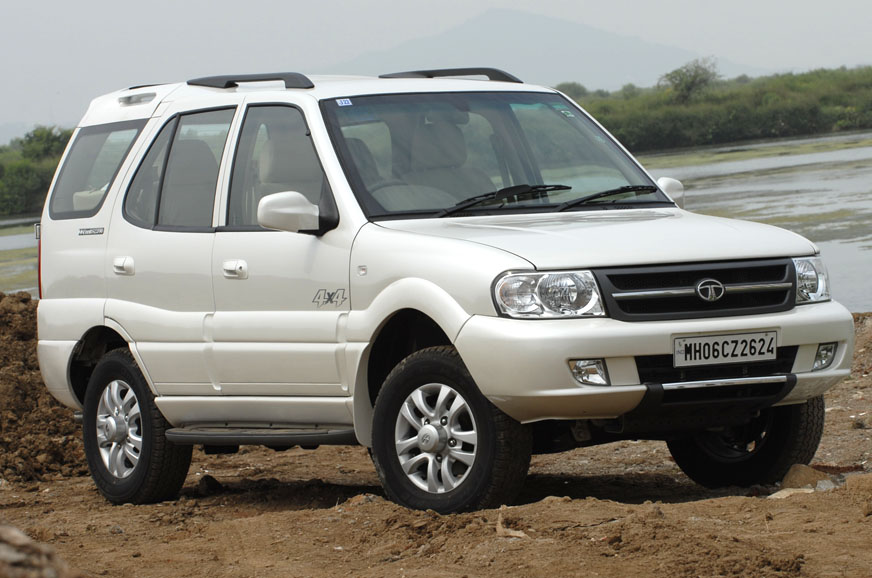 The Safari also served as the official vehicle of Indian Army, for which it had to undergo rigorous analysis that included the car being tested on snow, high-terrain as well as marshy lands. However, the mighty SUV was discontinued late last year due to depleting sales, after two decades of service in the country.

The last model to be sold was the ‘Safari Storme’, which came equipped with a 2.2-litre Varicor 400 engine that produced sold 156 PS of maximum power and 400 Nm of peak torque in its higher state of tune. The transmission duties were handled by a 6-speed manual gearbox, and it also got an optional 4WD system on the higher trims. 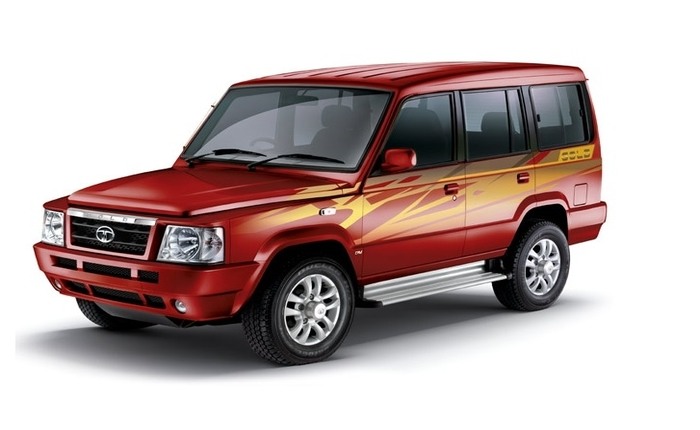 Apart from the Safari, the Sumo was another Tata SUV that was discontinued last year, after being into production for 25 years! The Tata SUV first went into production in 1994 as a ten-seater rear-wheel-drive car, but the Sumo couldn’t comply with the latest safety norms, and hence upgrading it to comply with the stringent BS6 emission norms did not make sense since the SUV catered to a very particular group of people.

Powering the Tata Sumo Gold; the last iteration of the Sumo, was a 3.0-litre diesel engine that churned out 85 PS and 250 Nm. It was priced between Rs 7.39 lakh and Rs 8.77 lakh, making it one of the most affordable SUVs that the Indian market has ever seen. 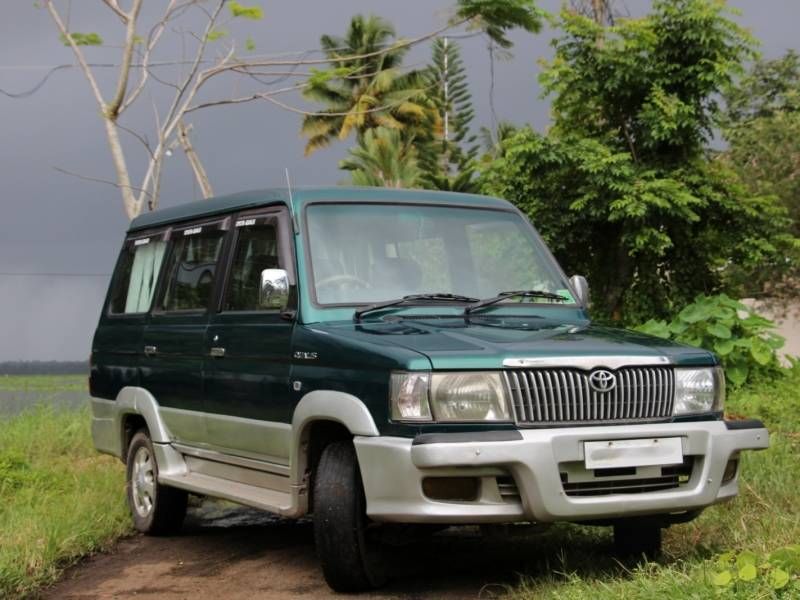 The ‘Kijang’ was sold by Toyota mainly in Southeast Asia, and was given the name Qualis for the Indian market. Originally introduced here in 1999, the people-mover was a hit amongst taxi and fleet operators, and also attracted large Indian families. However, Toyota was quick to pull it off the shelves.

The Qualis was discontinued from the market in 2005, in order to make way for a more modern vehicle, that came to be known as the Innova. Since the Qualis had a very boxy design, it started to look outdated soon, and hence the more contemporary looking Innova replaced it. However, the Innova Crysta has become a pretty premium offering now, and we would love to see a more affordable people mover from the Japanese carmaker, similar to the Qualis. 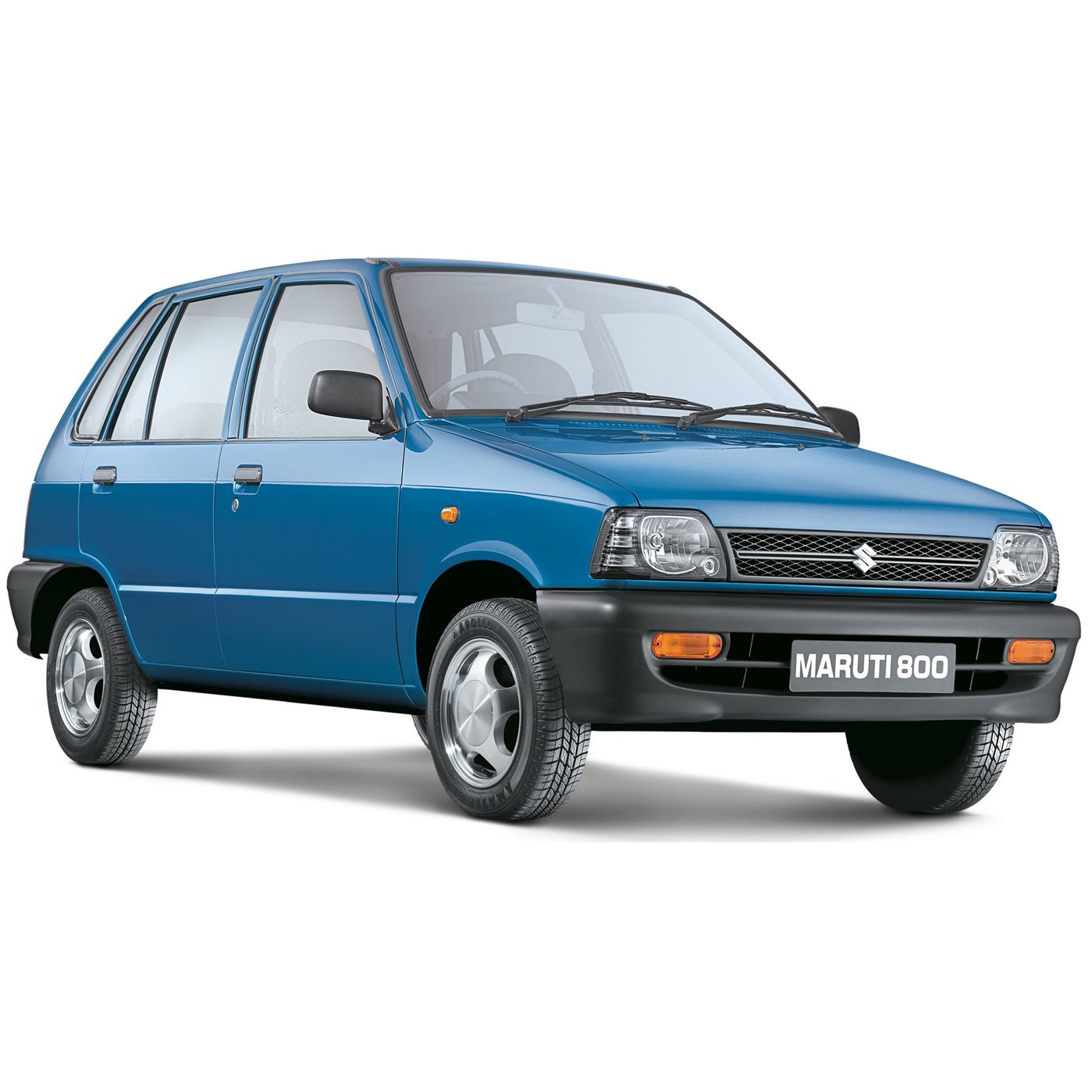 The first-gen Maruti 800 was based on the Suzuki Fronte sold in the international markets, and launched in India in 1983, with a 796 cc, 2-cylinder petrol engine that produced 37 PS of power. The last unit to be rolled out of the company’s Gurgaon plant was on January 18, 2014.

This small hatchback from Maruti was undoubtedly India’s most influential car, and this helped the car stay in production in the country for over three decades, before being discontinued in 2014. A total of 2.87 million units of the Maruti 800 were made, out of which 2.66 million were sold in India itself, and we are pretty sure if Maruti does decide to revive the car in the country with modern bits, it would be a hit.

The second-gen Suzuki Jimny was brought to India in the form of the Maruti Gypsy in December 1985. While initial private sales were not high, it became a pretty popular among law enforcement, thanks to its performance, reliability, and the go-anywhere capability. 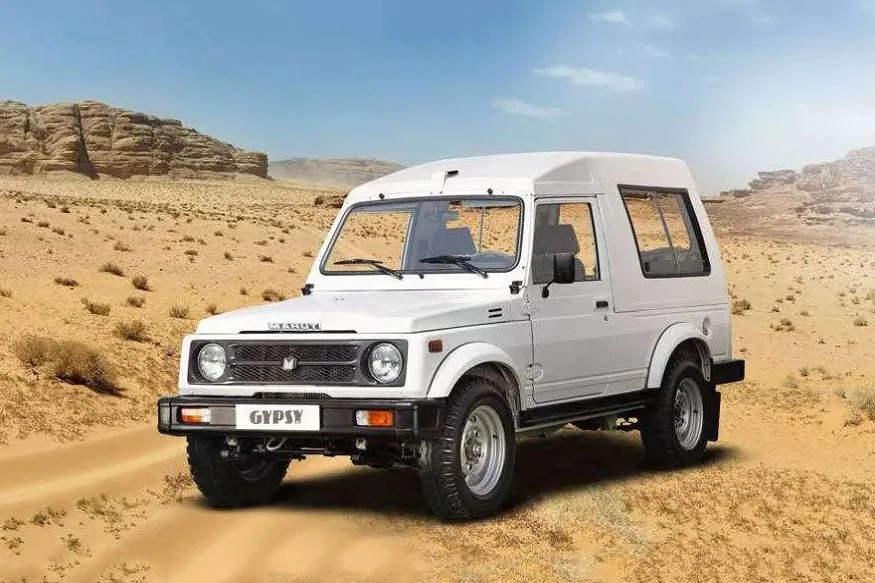 Maruti Suzuki had to discontinue the Gypsy from the Indian market since its sales numbers were low, and upgrading it to comply with the BS6 emission norms was not a viable option. While the Gypsy marches on as a police and military vehicle, Maruti Suzuki showcased the latest-gen version of the Jimny at this year’s auto expo, suggesting that the Gyspy nameplate could be revived in the Indian market.

Maruti Suzuki will launch the India-spec Jimny with an exclusive 5-door layout, and a 1.5-litre four-cylinder petrol engine that makes 105 PS of maximum power, along with 138 Nm of peak torque. The engine will likely come mated to a 5-speed manual gearbox along with a low-range gearbox for off-roading. 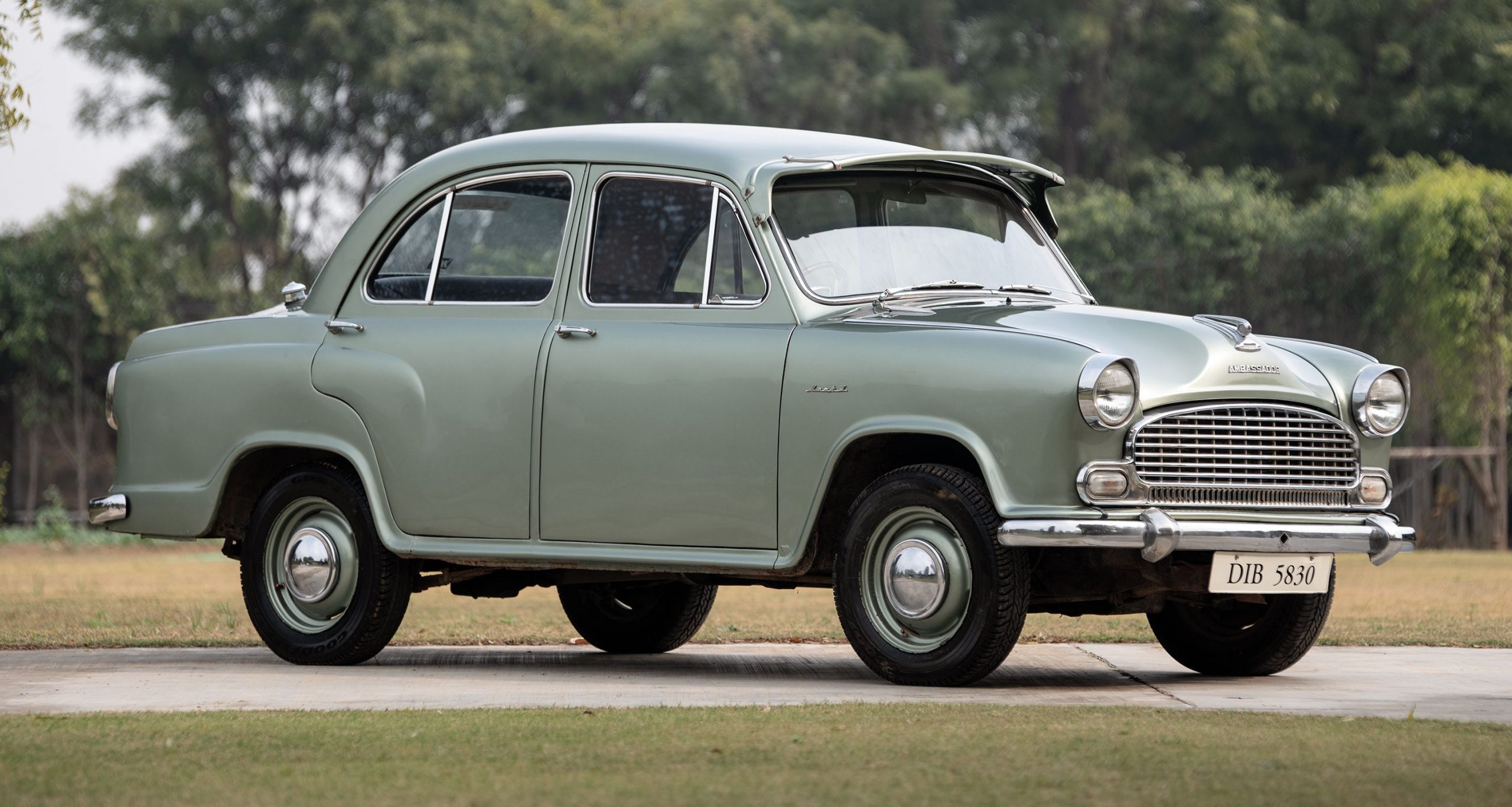 The Hindustan Ambassador is the longest-in production car the country has ever seen. The production of the car began in 1958, and the iconic RWD car continued to be sold in the Indian market till 2014.

The car used to be a symbol of the high and mighty, and continues to be used by politicians across the country. The Ambassador is considered one of the most iconic cars that has ever been made in India. Dilip Chhabria, founder of the DC Design recently revealed details about a fully-electric version of the Ambassador called the ‘e Amby’.

Chhabria said that DC2 is aiming to launch the e Amby in the country by the end of next year. While there is still a lot of time left for that to happen, we can only reminisce about the legendary car for now, and hope that Groupe PSA does decide to give the iconic Ambassador a comeback in the market one day.