As the decades roll on and the generations of people evolve, so too do their desires and preferences. A good example of just this phenomenon can be observed in the fashion industry and automotive industry. After all, cars change almost as frequently as an individuals clothing tastes do.

Because of this constant change in consumer desire (As well as changes in technology), automotive manufacturers often retire certain models to make room for newer, more improved alternatives. Every car maker is subject to this, even the German-based Audi. To showcase this, here are ten Audi car models that are no longer produced…

Don’t let the name frighten you, Audi is still putting V8’s into their vehicles. However, they aren’t going as far to name the whole car off of its power source anymore. Once upon a time, though, Audi made a car named simply the “V8.”

During its time, the Audi V8 was a great sedan for everything from showing off at a car-meet to picking up the kids. To add to that, the V8 even had a Quattro version with Audi’s renowned all-wheel drive system.

Audi’s history of making great cars doesn’t start in just the past few years, but over decades. Perhaps one of their best classics is the Audi 100 Coupe S, which was later turned into the Audi A6 series.

Unfortunately for American enthusiasts, they weren’t sold in the U.S. due to emissions, crash regulations, and so on. For the countries that had it, though, they got to experience (likely) Audi’s first successful coupe model. The 100 Coupe S was unveiled in the late-’60s, to the joy of thousands of consumers.

Cars that are retired aren’t always great vehicles. In fact, most of the time, the ones that get dispatched are those that either didn’t sell well or had significant problems. In Audi’s case, their A2 would prove to have both.

When you look at the Audi A2, it’s no surprise that it didn’t last long. Quite frankly, the car is incredibly ugly; offering nothing in terms of aesthetics. Audi designated the A2 as a “compact MPV” (Multi-Purpose Vehicle), rather than just a normal SUV. Maybe this was an attempt to reach out to a new customer-base. However, it failed spectacularly.

Before Audi made the 100 Coupe S or V8, they had a much more modest start. One of Audi’s first attempts at making a reliable and affordable car wasn’t just the 100, but the classic Audi 80 L.

The 80 L was a lot like many other European and Japanese cars at the time: Small, seating for four, cube-like design, and tiny engines. This, though, was a winning strategy at the time and made the 80 L a best seller for Audi, regardless of its weak 50+ horsepower 4-cylinder.

Just like with Nissan and similar automotive manufacturers, Audi wasn’t always known as the “Audi” we know, and love, today. In this circumstance, Audi was called “Auto Union,” which specialized in race cars and (occasionally) road-cars.

To make this vehicle, Audi (Auto Union) used the base of an already existent vehicle, the DKW. However, instead of just remaking it, they increased its power, improved the looks, and made it a competent sports car. To this day, nobody knows exactly how many DKW Monza’s were made. Estimates range from double-digits up to three, yet, nothing is concrete. Nevertheless, this all makes the DKW Monza a costly and unicorn-like antique.

Once again, American car enthusiasts get the short end of the stick, as some of the all-time greats from overseas are outlawed. Among this comprehensive list includes: The Nissan R34 GTR, Toyota Supra, BMW E30 Touring, and Audi RS2 Avant.

The Audi RS2 Avant is one of Audi’s quintessential import-legends; desired by every Audi fan and tuner alike. The RS2 Avant is beautiful, as well as useful since it has a hatchback (Hence the “Avant” title). The best part, though, is the “RS” badge; reminding everyone that, even though it may look like it sometimes, is no basic daily driver.

Believe it or not, Audi was known as another brand before merging with DKW and Wanderer to form Auto Union. This particular company was called Horch, which lasted from 1910 to 1932.

When you’re talking about old Audis, you can’t neglect to mention the legendary Audi Quattro. For those who are unaware, the Quattro is seen by thousands to be one of Audi’s best vehicles that they’ve ever made.

Making another appearance on this list is Audi’s old alter-ego: Auto Union. This time around, though, it isn’t a street-legal vehicle, but a sleek-looking ‘Silver Arrow’ race car known as the Auto Union Type D.

The Type D was, naturally, the successor to the previous iteration; the Type C. Both were race cars with surprisingly similar looks. What’s really crazy though, is the time period in which it was made: during Nazi-Germany’s rule. Thankfully, the Type C managed to compete before the war broke out with fantastic results.

For the last but certainly not least vehicle on the list, we have the Audi R18. No, this isn’t a typo for the Audi R8 (Which is still produced). The R18 was actually a track-only hybrid LMP race car built for the World Endurance Championship (W.E.C.).

However, if you watch the W.E.C. today, you’ll notice that the R18 is no longer fighting for the win. Like with Porsche, they had already proven themselves to be “the best-of-the-best” in the W.E.C. and wanted to focus more on their automobiles.

Nevertheless, the R18 is a great looking race car that won as best as it could and produced some spectacular battles. 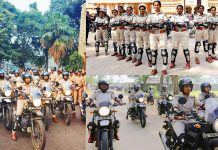 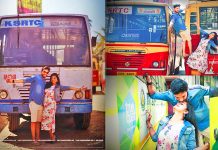 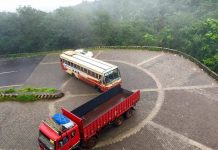 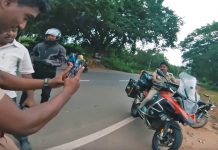 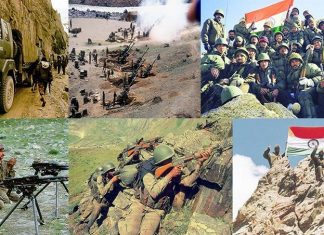