The all-new MG Gloster will offer Level-1 autonomous driving capability, which is not offered by any other mass-segment vehicle on sale in India. Apart from various other features that have been revealed earlier, the Gloster will also offer automatic emergency braking (AEB) system.

The AEB is a part of the autonomous driving system of the Gloster. It is a radar-based system that constantly identifies the possibility of a forward crash. If there is another vehicle or a pedestrian in front of the Gloster, the system works by either reducing the overall speed of the vehicle or by stopping the vehicle completely. The system alerts the driver as soon as it identifies an object and if the driver fails to respond sufficiently, the system applies the brakes.

MG Motor India noted, “AEB – Automatic Emergency Braking activates braking intervention to prevent a collision or reduce the speed of collision by decreasing the vehicle’s speed by 40 km/h at most for four-wheelers only.”

The massive SUV will take on the likes of Toyota Fortuner and Ford Endeavour in the market. However, there will not be any direct competition of the Gloster in the Indian market. The base price of the vehicle is likely to be around Rs 45 lakhs, which is the price of the high-end variants of the Fortuner and Endeavour. However, the Gloster is massive in size and is much bigger than both these vehicles. It is a full-size seven-seater SUV.

MG India has not revealed the engine details of the vehicle yet but it is likely to get powered by a 2.0-litre turbocharged petrol engine and it will only get an automatic transmission. It will generate a maximum power of about 220 Bhp and 360 Nm. MG may not launch a diesel engine in India initially but might launch a 2.0-litre diesel engine at a later date that will generate a maximum power 215 Bhp. 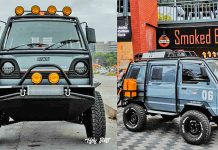 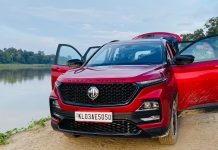