Stones were pelted at a Kallada Travels bus that was going from Thiruvananthapuram to Bengaluru. The incident took place near Pallimukku at Kollurvila on the national highway on Tuesday at 10.30 pm.

The stone pelting occurred after the bus did not stop despite brushing against a bike near the petrol pump in Pallimukku. The police said that the bus employees shouted abusive words at the bike riders and drove off.

The bus also hit one of the bikes. With this, the locals followed the bus and pelted stones. The front glass of the bus was completely shattered. Police took a youth into custody from the scene.

Stones pelted at Kallada bus for speeding after hitting a bike

The bus driver fled from the scene soon after the incident. The bus was shifted from the middle of the road with the help of the reserve driver.

After a massive controversy Kallada travels displayed similar crassness again, this time by leaving a woman passenger at the dinner break stop and making her run for a few kilometers at the highway late night.

The 23-year-old woman, had to run for more than five minutes behind the bus as it abandoned her at the highway while they stopped for dinner break, according to The News Minute.

It may be recounted that the Kallada Travels stirred a controversy when they brutally attacked two men travelling from Kochi to Bengaluru when they inquired why their journey was delayed.

The Bengaluru-based HR professional was travelling from Thiruvananthapuram to Bengaluru on Sunday night and the bus stopped for a dinner break at 10.30 pm at Tirunelveli, according to the woman.

She narrates that while she was having dinner, the bus started its journey without any warning. When she realised that her bus was leaving, she ran towards the bus. Meanwhile, people in vehicles who saw her running understood and started shouting at the bus; some cars were even honking, according to the woman.

As she was running, few passengers also offered her a lift, but she refused thinking she could not trust stranger.

A car later chased the bus and stopped it and as it stopped the bus conductor or the driver did not come to take her back and she had to run in the highway to take back the bus.

The woman shaken by the incident says, rather than carrying out an argument she took her seat and said that instead of apologising they behaved rudely with her.

When the woman narrated the incident to her friend, he called the driver and asked him why the incident happened.

He said that the driver replied saying “Do you know to which travels you’re talking to? This is Kallada travels. Do you know who is Kallada’?” 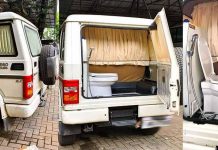 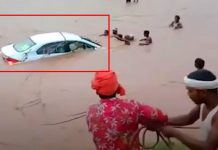