In India, security details are provided to some high-risk individuals by the police and local government. Depending on the threat perception to the person, the category is divided into four tiers: Z+ (highest level), Z, Y and X.

Each SPG personnel dedicate himself completely to uphold the integrity of the nation and the spirit behind SPG motto “Shauryam Samarpanam Surakshanam” (i.e. bravery, devotion and protection).

The Z+ level of security is provided by National Security Guard commandos. They are armed with Heckler & Koch MP5 submachine guns and modern communication equipment, and each member of the team is adept in martial arts and unarmed combat skills. Currently 17 VIPs are provided with such protection.

The ‘Z’ category entails security cover by the Delhi police or the ITBP or CRPF personnel and one escort car. The ‘Y’ category encompasses two personal security officers (PSOs) and the ‘X’ category, one PSO.

The NSG is used extensively to guard VIPs and VVIPs, especially those in the Z+ category. Many NSG personnel are seconded to the Special Protection Group (SPG) which guards the Prime Minister.

In some cases being placed in a category is viewed as a status symbol by politicians, and many use their clout to secure a Z+ security cover. This is criticized often by media as a waste of taxpayer’s money.

Former Home Minister P. Chidambaram phased out the use of the NSG for VIP protection in all but the most serious cases. Nevertheless, controversies arose as many politicians remained under Z+ cover while many bureaucrats were moved down to Y. 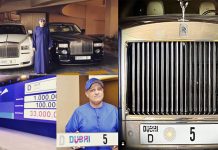