Severe traffic block on various roads has been literally choking Thrissur. The battered roads and incomplete repair works are testing the patience of motorists.

The traffic block at Kuthiran has been continuing for the seventh day on Thursday. Accidents have become frequent on the pothole-riddled road. Thousands of vehicles have been trapped in the block.

When promises by Ministers and high-level officials go in vain, the common man is suffering. Many private buses have stopped operating services on the route. They complain that they have been forced to cancel many trips as they fail to keep timings. They say they have to fill at least 20 litres of additional diesel a day owing to the traffic blocks. The huge maintenance cost caused by the pathetic condition of the road push them to debt.

Due to traffic snarls for the past one week at Kuthiran Climb, several students got stuck in the traffic and could not write their examinations.

The vehicles trapped in the block include lorries carrying perishable goods such as vegetables, milk, and meat from neighbouring States to the marke. Many incur huge losses when they fail to reach the market on time.

Work to be completed in a week if there is no rain. Work on filling huge potholes on the Kuthiran stretch of the National Highway 544 has started.

The District Collector had earlier ordered the National Highways Authority of India officials not to leave the district without finishing the work. Potholes have been filled with cold mix and quick-setting cement to finish the work fast, according to District Collector S. Shanavas.

Kuthiran is a mountainous terrain in Thrissur district of Kerala state, south India. It is in between Thrissur and Palakkad. There is a famous Ayyappan Temple located here by the side of the highway. It is in the NH544 highway.

Currently Kuthiran is infamous for the bad condition of the National Highway. Accidents are very common across this stretch. Recent news clips show that people traveling between Trichur and Palakkad are choosing alternate roads like the Trichur-Shoranur-Ottapalam-Palakkad. 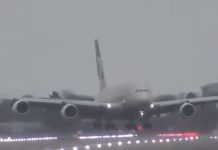 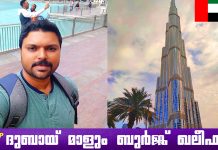