Poor service has made the Shivneri bus journeys a nightmare for most of its passengers on the Pune-Mumbai transit.
The bus service of the Maharashtra State Road Transport Corporation (MSRTC) has been facing travellers’ flak due to its abrupt cancellations and delay in departures. While delay in the departure may be a routine affair, this month has seen at least two instances where the buses to Pune were cancelled. 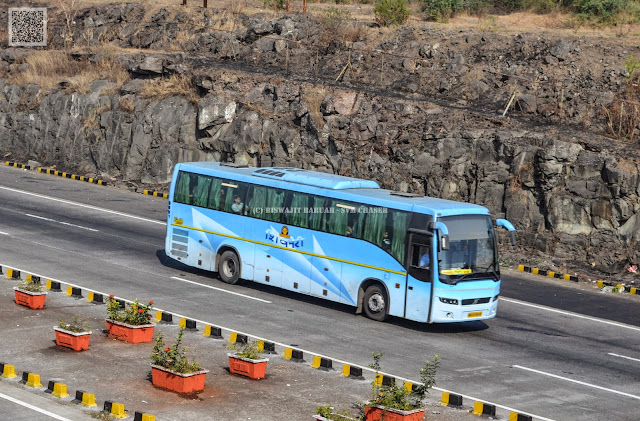 Sachin Jawale, an executive in a private company said, “The journey to Pune is extremely tiresome. Due to the narrow highway that connects Nashik and Pune and the rush on the road, it takes at least six to seven hours to reach Pune. Hence many people prefer to go by the air-conditioned Shivneri than taking the risk of travelling in their own vehicle. But the delay in departure disrupts other schedules and causes a lot of mental stress.”

Passengers to Pune from Nashik generally prefer the Asiad bus due to lack of air connectivity and below average rail routes via Kalyan. Travellers who prefer the air-conditioned Shivneri buses have to shell out nearly 80 percent more fare than the fare of Asiad bus.

“The Shivneri leaves from Nashik at 5.30am, 8 am, 11.30am, 2 pm, 5.30pm and 8pm. The bus is operated from Pune. A Shivneri bus coming from Pune leaves for the same destination. Traffic snarls on the Nashik-Pune highway, delay for departure from Pune itself, etc are some of the reasons that cause delay for the departure from Nashik,” an MSRTC official said.

He added that if the bus service is cancelled, an announcement is made half-an-hour before the departure-time at the Mela bus stand from where the bus leaves for Pune. Passengers who have booked their tickets for the bus are reportedly asked to come to the office and take the fare back. The passengers are then asked to opt for the Asiad bus for Pune.

An ST officer at the Mela bus stand said, “We are punctual about taking information from the Pune bus depot if the bus has left for Nashik so that we are mentally prepared to deal with the passengers, who have done their reservations. Since the passengers start arriving half-an-hour before the departure time, we make the announcement about the cancellation of the trip and ask the passengers concerned to take their money back.”

“While we have to listen a lot from the passengers, there is little we can do to help them. At the most, we ask the passengers to opt for the Asiad bus, which can be made available within a matter of 15 minutes to half-an-hour,”he added.