Drunk driving and riding are one of the major reasons behind accidents in India. While the cops around India ensure that they keep the drunk motorists off the road through regular checkpoints, there are many who escape the cops.

Here is one such case of drunk men on a bike and this video made from a car that was following the bikers show why driving drunk is extremely dangerous.

The video is made from a moving car and the occupants predicted the fall after watching the bike swerving on the empty roads. The car occupants can be heard saying that the guys will fall in sometime in the clip.

The video shows the bike with three riders on a relatively empty stretch going at a good speed. At the start, the bike was in the middle lane and after a few seconds, he swerved into the rightmost lane of the road.

After a couple of vehicle honk at them to move away and overtake the bike from the left side, the rider then brings back the bike to the middle lane. However, the video shows that the rider finds it difficult to maintain the balance of the bike.

Within a few seconds, the bike can be seen moving towards the left-hand side boundary of the flyover and after the rider realised that the bike is going to the cement wall, he over-corrected the direction of the bike. The bike then just went across the road from the left-most lane to hit the road divider. The accident impact caused all the three bikers to jump the divider and fall on the opposite lane. The bike bounced back after hitting the divider, crossed the road and collided with the left boundary of the flyover.

It should be noted that the accident happened in Faridabad, Haryana and from the video, it seems like the Expressway where two-wheelers are not allowed. The exact time of the incident is not known but looking at the traffic, it seems like late in the night. Luckily the road was empty and the bike did not hit any other vehicle and no other vehicle collided into them. However, this video clip shows how dangerous it can be to operate a vehicle under the influence of alcohol.

An inebriated state can hamper judgement skills and also makes the person drowsy. It seems like the person could keep the balance of the bike under the influence of alcohol. One of the riders was on the bike without a helmet, which could have caused grave injuries too. The people who were making the video also called the ambulance and acted as good samaritans. This video is a perfect example that shows why anyone should not drive under the influence of alcohol. Operating a vehicle in such a state can be dangerous of themselves and can also hurt other people on the roads. It remains unknown if the cops took any step against the riders at the moment but we do hope that the rider is awarded a harsh punishment. 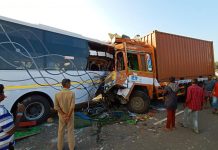 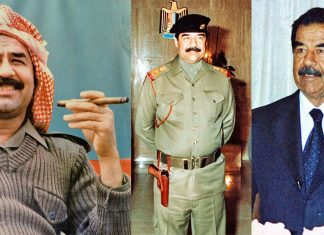